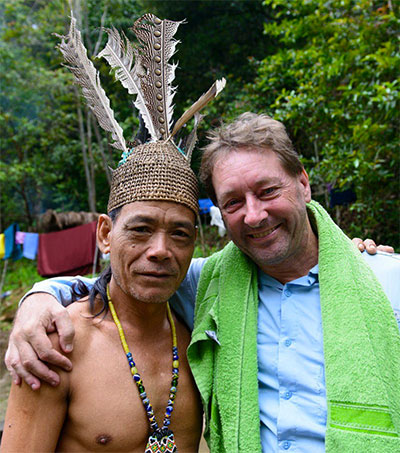 “[Journey to Long Saan] explores the relations of indigenous people to their land,” said Metcalf at the film’s recent premiere in South Jakarta.

“After all, they are custodians of their land. They know how to look after it in a sustainable manner because of their ties and understanding of the land.”

Journey to Long Saan shrewdly uses footage from the 1930s and 1950s to contrast the Dayak’s halcyon past with footage of their grim realities of the present in Borneo. These include deforestation and the burning of peatland as part of slash-and-burn techniques to make way for palm oil plantations.

“Journey to Long Saan can resonate with Indonesians, especially those who live in an Indonesian melting pot like Jakarta, due to its theme of being uprooted from one’s origins. The polemic with modernisation and losing our way in the modern world is also highlighted,” Metcalf said.

Wellington-born Metcalf is based in Bali.