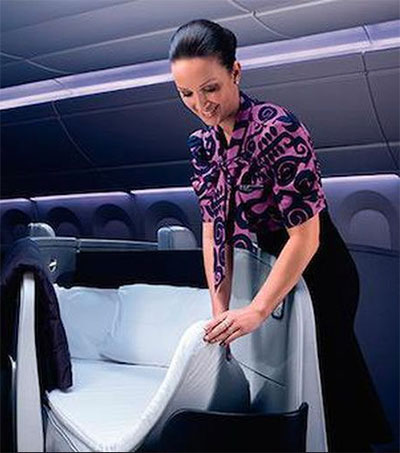 Air New Zealand Does It Again

Our flagship carrier has knocked Singapore Airlines off its throne to reclaim the title of world’s best airline for the sixth time, the Jakarta Post reports.

AirlineRatings.com released the latest edition of its annual ranking, which is based on 12 criteria including fleet age, passenger reviews, profitability, investment rating, product offerings and staff relations.

As with years past, the ranking of world’s best airlines by AirlineRatings.com is dominated by carriers in Asia-Pacific, the Middle East and Europe.

“Air New Zealand’s commitment to excellence in all facets of its business starts at the top with outstanding governance and one of the best executive teams in aviation through to a workforce that is delivering consistently to the airline’s strategy and customer promise,” editor-in-chief Geoffrey Thomas said.

The awards are based on the assessments of seven travel editors with 200 years of industry experience combined.