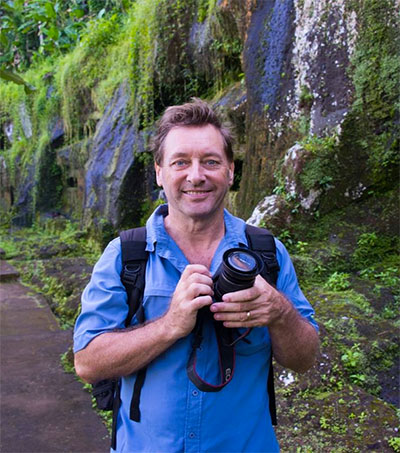 Wellington-born professional photographer David Metcalf, who is based in Bali, and Emmanuela Dewi Shinta, founder of Ranu Welum (Living Water), are the founders of the inaugural Indigenous Celebration, which was held recently over three days in Ubud.

As many as 200 artists and performers from 32 indigenous communities participated in the festival, which featured art and oral tradition performances, art collaborations, educational sessions and scores of workshops – ranging from dancing and singing to weaving and tattoo making.

Metcalf is a passionate activist for the preservation and promotion of indigenous communities’ culture and way of life. His passion has earned him the moniker “Dayak Dave”.

It was not an easy feat to organize a festival involving participants from some of the remotest regions in the archipelago, a large number of whom have never traveled outside their village and do not have the necessary ID required by airlines. Furthermore, there was the huge financial challenge.

“I had very little financial support apart from one major sponsor: the New Zealand Embassy, which was very supportive right from the start. There was no financial support from the Indonesian government at all, neither at the national or local level,” Metcalf said.

In the end, they pulled it off and all those difficulties melted into the background when Metcalf and Shinta saw how the celebration had brought a new understanding to the participants.

“Destruction of land, pollution of rivers, and some communities being forced by religion to forget the old ways. This makes life very confusing for the younger generation, and for many it is a question of survival. They need support,” he said.

That is precisely what the festival was all about. Its objectives, Shinta stressed, are simple: to connect and unite indigenous communities.

Metcalf has lived in Indonesia for nine years. He is the author of three cultural photography books, regularly holds photography exhibitions and is a spokesperson for the indigenous Dayak people of Kalimantan.