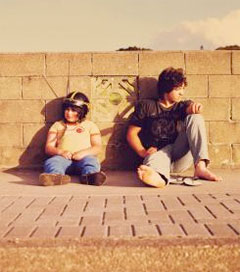 New Zealand-made film Shopping has won a prize at this year’s Berlinale. Shopping picked up one of the film festival’s second tier awards, the Grand Prix of the Generation 14+ international section for best feature film. The movie was made by Wellingtonians, Louis Sutherland and Mark Albiston. It was filmed in Wellington and on the Kapiti Coast. Set in 1981, Shopping tells the story of two brothers from an unstable family background who are drawn into a world of crime.