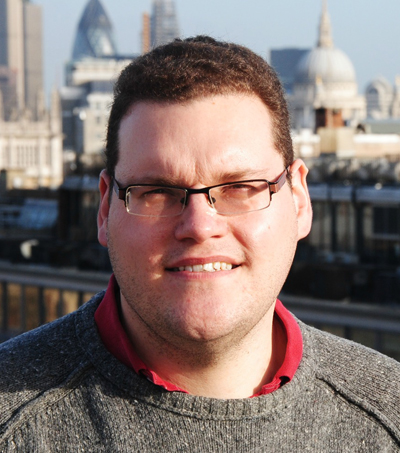 Last year was not a great one for mainstream politics, according to Chris Gilson, Managing Editor of the London School of Economics’ daily blog on US politics and policy. In a recent LSE podcast, London-based Gilson, a Geography, Economics, and Strategic Management graduate from University of Waikato, notes the twin phenomena of Brexit and Trump represent the sharp end of what many commentators are saying is populist resurgence the likes of which have not been seen in the west since the dark days of fascism in the 1930s.

“The UK voted to bring an abrupt and unexpected end to its decades-long relationship with the European Union, its largest trading partner (and a mere 21 miles off of the Kent coast). Likewise in a “hold my beer” moment, tens of millions of Americans voted for Donald Trump – a political outsider with doubtful business nous – to become the 45th president over the tried and tested (though not 100 percent reliable), figure of Hillary Clinton.

“The big question is – why now? Why are we seeing this populist resurgence now? For some, the explanation isn’t just rising inequality, but cultural change. Immigration, they maintain, has led to huge changes in demographics; the US now has a foreign born population of more than 13 percent; Brexit similarly was preceded by large inflows of European migrants from former Eastern Bloc countries like Poland. Populist candidates like Donald Trump – and populist ideas, like Brexit – appeal to often older white voters’ sense of nostalgia. In these choices they saw the chance to turn the clock back to when the country looked and thought much more like they do. It’s not for nothing that Trump’s slogan was “Make America Great Again”, and the refrain of many Brexiteers has been “Take our Country Back”.

“We have to remember that these ‘heroes with time machines’ have very little to actually offer the people to which they have promised the most. Aside from his recent strike on Syria, Donald Trump’s first 100 days in office have been a textbook lesson in how not to run a presidency with his administration lurching from one crisis to another. He co-opted the Congressional Republican plan to repeal and replace Obamacare, despite the fact that it would have taken health insurance coverage away from a staggering 24 million Americans, many of whom would have been members of Trump’s core constituency. Brexit, while having gotten off to a somewhat smoother start, is still a morass of swirling uncertainty for the UK government. It may yet lead to the breakup of the United Kingdom – the largest schism in the English speaking world since the US Civil War. And we all know how that turned out.”

As well as being editor of USAPP, the LSE US Centre‘s daily blog on US politics and policy, Chris Gilson co-hosts the US Centre’s podcast on American politics, The Ballpark. He is the co-author of Communicating Your Research with Social Media forthcoming from Sage Publications. He has an undergraduate and a Masters degree in Geography, and a postgraduate diploma in Strategic Management, all from the University of Waikato. He tweets @chrishjgilson.