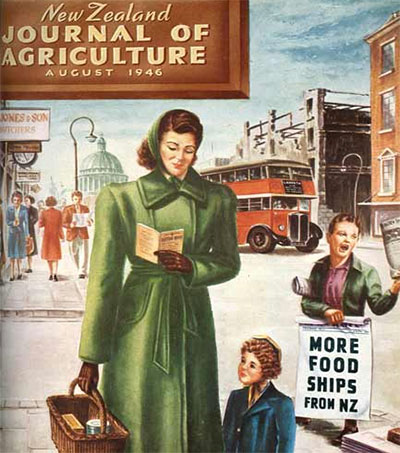 Clues for Brexit Future May Be Found Here

There may be insights for the UK on leaving the European Union without a deal from a long time ago on the other side of the world, Bloomberg economic writer Eddie Spence says.

Britain would experience an unprecedented hit to the supply side of the economy, according to Mark Carney, with overnight trade barriers hammering exports. The only relevant historical case the Bank of England governor has named is New Zealand in 1973.

That’s when the UK joined the European Economic Community, which meant abandoning its Commonwealth partner to favour European neighbours. In the decades before, New Zealand, known as “Britain’s farmyard,” was thriving as it sent more than half of its goods to Britain, Spence writes for the media company’s news site.

“It was a bit like being in the position of a teenager who has been told ‘look, son you’ve turned 18. You’re out, go and fend for yourself,’” said John Llewellyn, a New Zealander, former OECD official and ex-Lehman Brothers economist.

What followed was two decades of anemic growth. Real GDP per capita gains averaged just a fraction of the years before. The country was forced to embark on a painful restructuring programme, slashing subsidies and privatising many state assets, including energy companies, airports and even forests. According to Llewellyn, that made Margaret Thatcher’s reforms of the 1980s look “quite mild by comparison”.

“They completely revamped labour law and took away a lot of social protection,” he said. “Job security went. Unemployment in my youth had never gone above 1 per cent, and then it went over 10 per cent. It was dramatic stuff.”

The islands were also probably more ready for change than the UK is now. According to New Zealand economist Brian Easton, it started preparations as early as 1961, when Britain began negotiating its entrance to the EEC.

“First was the effort to diversify away from the very high dependence on the British market both by finding new export commodities and new export markets,” Easton said. “One important element of this was the creation of a free-trade agreement with Australia.”

For New Zealand, 1973 represented a bumpy start to a new era, as it pivoted toward the dynamic economies of its Asian neighbours. This is a process known as economic regionalisation, where nearby countries closely integrate their economies, the same process that linked the European economies through the Common Market.

These relationships have been valuable for New Zealand, filling the vacuum left by Britain. In 2018, the country exported more to South Korea than to the UK, while China made up a quarter of its total exports.

The two countries can find some shared experiences in the non-economic impacts of their separate crises. According to Llewellyn, his country went through a “fundamental reappraisal” after 1973, that went “right the way through society”.

The small island nation was forced to consider its own place in a world dominated by economic superpowers. Llewellyn said the UK’s sense of importance could make the comedown even more painful.

“New Zealanders have no delusions of grandeur whatsoever,” he said. The country “can’t, it’s too small.”