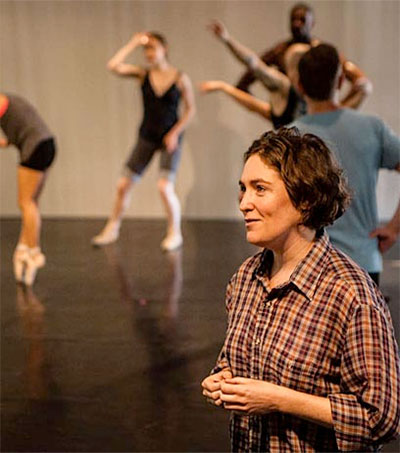 Auckland-raised award-winning composer Rosie Langabeer, 34, has been working on the music for Philadelphia dance company BalletX’s production, Sunset, o639 Hours, which was inspired by the true story of Pan Am’s Captain Edwin Musick, who amongst his many exploits inaugurated the airline’s mail-delivery route between San Francisco and Auckland, via Hawaii and Samoa.

On 11 January 1938, Musick’s Samoan Clipper exploded in midair after taking off from Pago Pago, killing him and his six-member crew.

A plane crash doesn’t immediately suggest ballet, and airmail seems awfully old-fashioned in today’s digital world. But this story intrigued Langabeer, who has unruly dark hair, a warm smile, and a sense of endless possibilities.

Langabeer didn’t learn about Musick in her home country – despite the fact that for many years her mother attended a string-quartet workshop at Musick Point, a nature reserve named after the pilot. Instead, she first came across his story while doing Internet research in Philadelphia, where she had come in 2010 to perform with the Pig Iron Theatre Company in that year’s Live Arts/Fringe Festival, through which she met choreographer Matthew Neenan.

Neenan described the three weeks he spent doing research in New Zealand last summer as “life-changing.” But it was obviously impossible to bring Pacific Island performers here, or to spend the time needed to learn, and teach, traditional dances from these cultures. Instead, Neenan said, “We’ve created our own movement vocabulary for this piece,” inspired by what he heard and saw on the other side of the world.