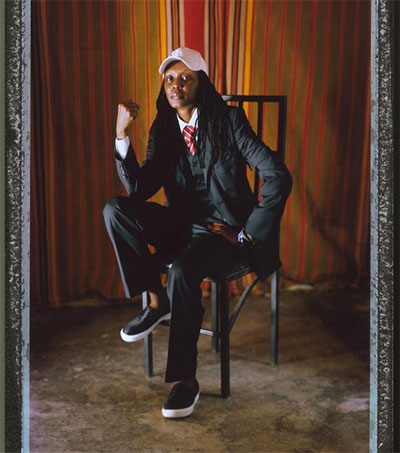 Photographer Robin Hammond, who is from New Zealand, first started documenting the issues of LGBT when he was on assignment in Lagos, Nigeria, and read about five people who had been arrested for being gay. Hammond then decided to expand his work to seven countries, photographing LGBT people of 15 different nationalities.

Hammond says he wants to improve peoples’ lives rather than simply chronicling their suffering and is today launching a non-governmental organisation named Witness Change, which aims to kickstart social media campaigns and put on traveling exhibitions to help raise funds for grassroots organizations that are dealing with the highlighted human rights issues, including LGBT rights.

“The photographs are all posed portraits,” Hammond says. “The way the photograph is posed is a collaboration between myself and the subject. I would ask them how we could illustrate their story. The results were sometimes interesting. Some told me to come back another day and I would return to find them in full drag. Others said. ‘They tied me like this – show it’.

“Kasha, the Ugandan lesbian activist, wanted to be shown as a strong leader. I asked her if she had a symbol of strength – she rose her fist.”

Hammond is a recipient of the W.Eugene Smith Fund and a four-time Amnesty International Award-winner for human rights journalism.