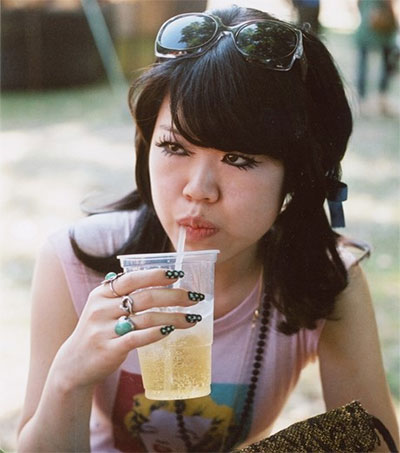 As the chaotic fashions of the early 2000s are poised for revival, according to Dazed’s Emily Dinsdale, New Zealand-born photographer Rebecca Zephyr Thomas shares her images from the first time around for an art and photography feature in the magazine.

Thomas recalls: “I shot all these photos on my father’s 1970s Nikkormat camera that I’d nicked when I moved to London in 2002 from New Zealand, everything was on film, it was a bit of a Luddite move in the early 2000s as most people were using digital… My photography style was resolutely anti-commercial – no models, no studios, no lighting setups, no stylists. I shot with either available light or on-camera flash and I mainly used the upstairs of pubs or the street as my locations.”