NZEDGE  >  News  >  Arts  >  The Phoenix Foundation Give up Their Dreams 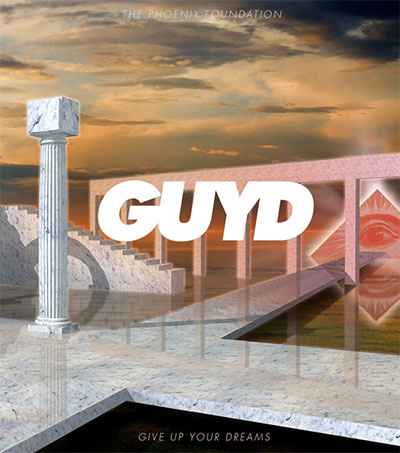 The Phoenix Foundation Give up Their Dreams

The sixth studio album by New Zealand band The Phoenix Foundation has been released and the Guardian offers up readers a track-by-track guide to the record provided by the band.

“If the name [of the album, Don’t Give Up Your Dreams,] sounds pessimistic then wait until you hear the lyrics of the title track: “Don’t let anyone tell you that the world is your oyster,” they intone. “The world is not an oyster. The world is a cold, dark planet.”

“Yet the album itself if full of technicolour pop sparkle – great melodies carved out of synths, drums and guitar,” the Guardian writes.

“‘In many ways [the track Give Up Your Dreams is] the central theme of the record,’ Sam Flynn Scott says.

“‘Essentially based on our friend Lawrence Arabia’s advice to Luke [Buda] and I that we give up on our aspirations in order to enjoy making our art. It’s basically impossible to do this, but nice to keep in the back of your mind. It’s sort of the opposite to that American idea of excellence. “Don’t let anyone tell you that all your dreams will come true” … because they won’t. I’m screaming “I’m a loser and I’m losing my belief” but the pitch shifted wiser version of myself assures me “you’re not a loser, you’re a human … and I love you”. Ultimately it’s a really positive and uplifting song.’”

The Phoenix Foundation formed in Wellington in 1997. The band featured on Taika Waititi’s 2007 Eagle vs Shark soundtrack and the 2010 Boy soundtrack.