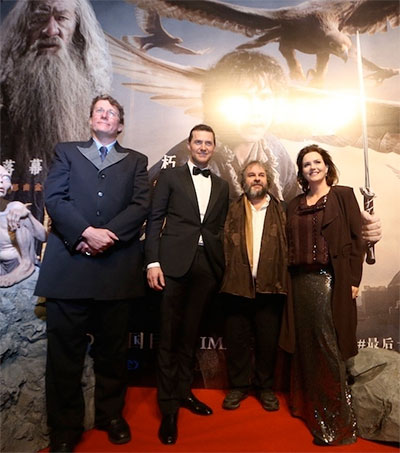 This was Jackson’s final stop on his current world tour promoting The Hobbit: The Battles of Five Armies.

Jackson, who made all six of the films in his native New Zealand, admitted that he has been having a hard time getting used to being called “Peter the Great” by Chinese fans since he learned about the affectionate nickname at a media event in Beijing.

The final Hobbit film in the trilogy spun from the book by J.R.R. Tolkien has already earned more than US$800 million since it opened in December 2014.