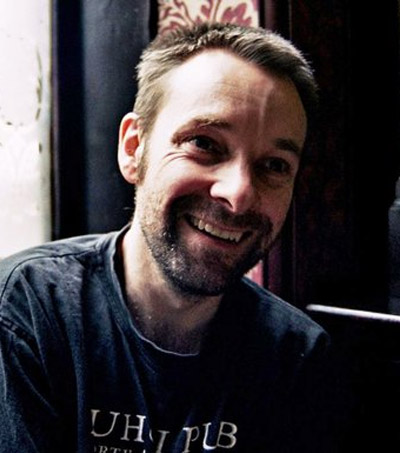 Paul Ewen, New Zealand born and raised writer, is getting rave reviews for his first novel about his fictional alter ego.

Ewen, now based in London, has published his first novel, “Francis Plug: How to Be a Public Author”, about “a touchingly optimistic would-be Great Author.”

Christopher Hart of The Sunday Times writes “Francis Plus is a brilliant, deranged new comic creation by the unknown writer Paul Ewen.

“Ewen has only written one previous book, London Pub Reviews, a small work of surreal and very funny fiction hailed by the likes of novelist Toby Litt.

“Now, published by the tiny Galley Beggar Press, he has created an extraordinary alter ego in the mentally unusual Plug.

“When Plug passes Hatchards, “London’s oldest bookshop…I look eagerly in the windows, hoping to see my own book on display, before remembering that I haven’t finished writing it yet, let alone getting it published”.

“Francis Plug is the funniest book I’ve read in years. I haven’t laughed so much since Martin Amis’ Money,” Hart says.

The Express’s Charlotte Heathcote gave the novel 4 stars, and described it as “An invaluable primer on the boozy Booker-fuelled life of the modern author and a work of invigorating originality.”

Ewen has one other book published, London Pub Reviews, which he wrote after “wanting to follow the Kiwi tradition of working in English pubs.” Unfortunately he was “thwarted by a complete and utter lack of social skills, forcing him to write about them instead.”