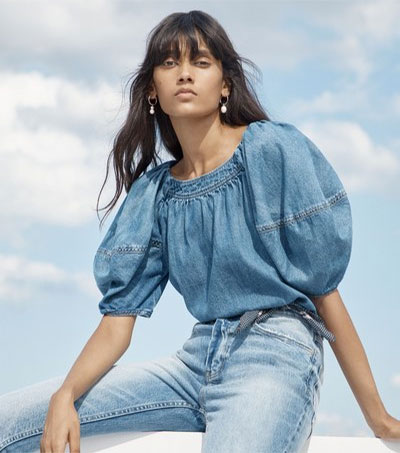 New Zealand fashion designer Rebecca Taylor recently upped and moved her family to Paris. “It was somewhat spontaneous,” Emily Farra writes for Vogue, “but she’s been dreaming of raising her children in the city – and taking French lessons – for more than 25 years. In the late ‘90s, Taylor came to New York as a quick stop on her way to Paris, and she never left. She launched her namesake brand here and put down roots in Brooklyn, but this summer it was time to continue the journey.”

“The moment was right, both personally and professionally: Her mainline Rebecca Taylor collections and her lower-priced, more casual line, La Vie, are both growing,” Farra writes. “She isn’t the loudest or most self-promotional designer, but Taylor wrote the book on feminine, colorful, happy dressing, and her recent collections have influenced plenty of smaller designers, and even a few fast-fashion chains. In Paris, she’s been spending her days walking everywhere, visiting galleries, and gathering inspiration for the next two decades.

“As office dress codes become increasingly casual – both at scrappy start-ups and massive corporations – there’s a growing need for low-key clothes that still look polished and grown-up. Hoodies and leggings aren’t for everyone, and studies show that we perform better at work when we’re dressed up – even if it’s just a little. Taylor’s vintage-y floral blouses, tie-waist pants, and soft blazers definitely fit the bill.”