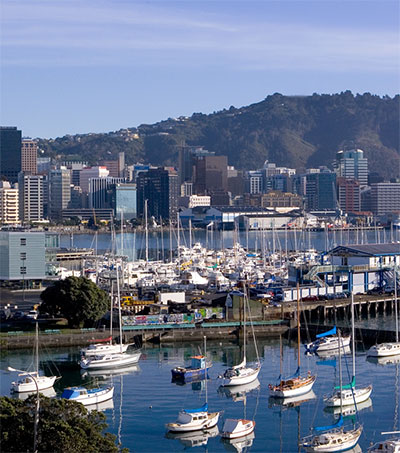 “In a land of volcanoes, glaciers, fjords and world-leading sauvignon blanc, it’s perhaps understandable that New Zealand’s cities fly under the radar. But the big three – Auckland, Wellington and Christchurch – all have distinct personalities worth plunging into. They’re energetically evolving too – adding an extra, urban dimension to Kiwi cool,” the Telegraph reports.

“With a natural setting to make any other city thoroughly envious, Auckland is New Zealand’s big smoke. Pacific Islander, Maori and Asian cultures mix in an urban setting that is enthusiastically reinventing itself.

“Case in point? The Ponsonby Central complex, which blends the best elements of a food court and a restaurant strip to throw in several specialist joints. These major in everything from toasted cheese or rotisserie chicken to Argentinian barbecue or Prohibition-era cocktails.

“The world’s most-southerly capital aims to compete on personality rather than size. Pleasingly walkable Wellington’s strengths lie in being able to amble around and stumble into whichever coffee roaster, craft beer bar or gourmet burger joint happens to catch the eye. It’s a proudly creative city where quality and concept tend to be rewarded.

Original article by The Telegraph, January 5, 2017.