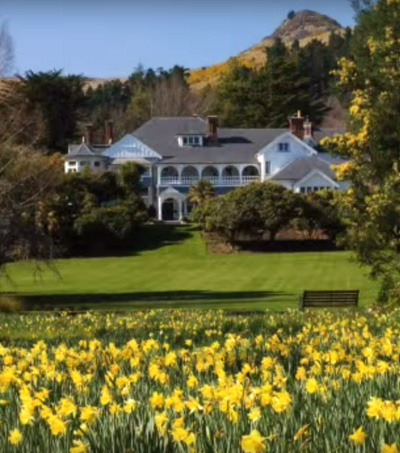 The win was a “stunning confirmation for a fantastic team that works harder than anyone to show off the wonders of Canterbury,” said Hall Cannon, Otahuna Lodge’s owner.

In the report the property is described as “evocative seven-suite Queen Anne manor amid century-old estate gardens” that “offers tennis, croquet, day spa, cooking classes and stable for horseback rides.”

“As an American who chose to settle in New Zealand, this award confirms what I have felt for a long time: that New Zealand is a destination that leaves a deep and lasting impression,” said the lodge owner.

The lodge is “an exquisitely renovated 1895 estate that now caters to the most discerning travellers” and is “an ideal place from which to explore Canterbury’s extraordinary scenery”.

Andrew Harper’s Hideaway Report is a leading source of information about luxury travel, having provided candid and insightful reviews to its subscribers for more than 35 years. This year’s Readers’ Choice Awards boast 122 hotels in 51 destinations.