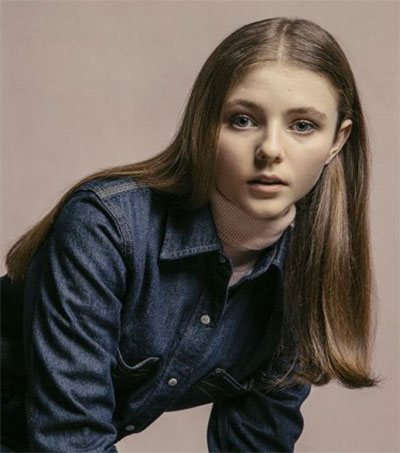 In an interview with The Hollywood Reporter, 18-year-old Wellingtonian Thomasin McKenzie reflects on her breakout year (after Debra Granik’s latest film Leave No Trace premiered at Sundance, she shot four other films), frequent comparisons with J-Law (the star of Granik’s last film, Winter’s Bone) and her plans for the future.

The response to Leave No Trace exceeded all of McKenzie’s wildest hopes. It has a rare 100 per cent favourable rating on RottenTomatoes.com. Former President Barack Obama recently named it as one of his favourite movies of 2018. And McKenzie was nominated for the best breakthrough actor Gotham Award, won the best breakthrough performance National Board of Review Award, is nominated for the best young actor/actress Critics’ Choice Award and the best supporting actress Spirit Award, will be honoured with a Virtuoso Award by the Santa Barbara International Film Festival and is a serious contender for a best supporting actress Oscar nomination.

“The whole experience has just been really new and amazing,” McKenzie gushes. “I’m lucky to be going on this journey. I’m lucky – incredibly lucky – to be over here [in America], being young, and having the career I’ve had so far. I’m very, very lucky.”

The journey since Sundance has taken McKenzie to Cannes and Karlovy Vary, not to mention all over America on subsequent promotional tours and film projects. In the last year, she has walked more red carpets, been photographed more and been asked more questions than in her entire life. And she has handled it gracefully.

“It has helped me to understand that I’m not here for the fame or the stardom,” she insists. “I’m doing them for the acting and for the storytelling side. That’s the side that I love. And that’s the part that makes me happy.”