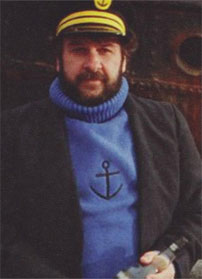 On a Whizz-Bang Thrill Ride

The Peter Jackson and Steven Spielberg motion-capture animation The Adventures of Tintin: The Secret of the Unicorn opens in Europe on 22 October before hitting American cinemas ahead of Christmas. “Clearly rejuvenated by his collaboration with producer Jackson, and blessed with a smart script and the best craftsmanship money can buy, Spielberg has fashioned a whiz-bang thrill ride that’s largely faithful to the wholesome spirit of his source but still appealing to younger, Tintin-challenged auds,” Variety’s Leslie Felperin writes in a review of the film. “Working hand-in-hand with Jackson the director and his team have deployed both [3D and motion-capture] with subtle finesse throughout, exploiting 3D’s potential just enough to make the action scenes that much more effective without overdoing it; likewise, the motion-capture performances have been achieved with such exactitude they look effortless, to the point where the characters, with their exaggerated features, almost resemble flesh-and-blood thesps wearing prosthetic makeup.”