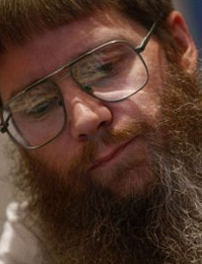 New Zealander Nigel Richards has won the World Scrabble Championships, for the second time, in Warsaw, Poland. Richards overcame 116 competitors from 44 countries to eventually defeat Australian Andrew Fisher in the final and become the first person to ever win two world championships. He won 12,700 in prize money and gave a one word acceptance speech, simply saying: “Nice”. Richards secured this year’s title with a comfortable 476-334 win in the deciding rubber, and effectively knocked Fisher out of the running when he put down “omnified”, which earned him 95 points. His other big-earning words were “uranites” [88 points] and “regrants” [61 points]. Richards first won in 2007. He is the only competitor to have won the title twice. Richards, who now lives in Kuala Lumpur but plays as a New Zealand representative, is an eight-time winner of the King’s Cup in Bangkok, the biggest Scrabble competition in the world.