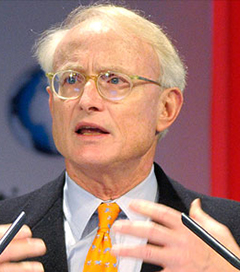 A Washington-based think-tank has found that New Zealand is the most socially advanced country in the world.

US-based non-profit The Social Progress Imperative, whose advisory board is led by Harvard economist Professor Michael Porter, has put New Zealand first out of 132 countries based on 54 indicators of social progress.

The country tops the world on indicators of personal rights and freedoms, and comes in the top four for water and sanitation, access to schooling and tertiary education, and tolerance and inclusion of minority groups.

Switzerland was close behind, followed by Iceland, the Netherlands and Norway. Australia came tenth.

The United States was ranked at a “sobering” 16th place according to The New York Times, which recognises in an article aptly titled “We’re Not No.1! We’re Not No.1!” that while New Zealand, Switzerland, Iceland, the Netherlands and Norway are “somewhat poorer than America per capita… they appear to do a better job of meeting the needs of their people.”

The index is the latest of many attempts in recent years to develop better measures of national wellbeing than the traditional gross domestic product (GDP), which has been widely criticised for measuring only what can be counted in dollars.

For example, New Zealand’s measured GDP is rising rapidly at present partly because of the Christchurch rebuild, but the destruction of the previous buildings in the the 2011 earthquake did not count as reduced GDP.

Think-tank director Michael Green, a London-based economist and author of Philanthrocapitalism: How Giving Can Save the World, said New Zealand’s placing as the world’s most socially advanced nation contrasted with its 25th place in GDP per person.

“In terms of converting economic output into quality of life, New Zealand is doing really well,” he said.

“We have quite a low GDP per capita in the OECD ranking, but the reality of living in New Zealand is beyond what it looks like in the standard of our homes, education, health and so on. We are firing well above that,” he said.