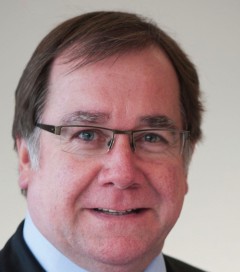 A New Zealand navy ship will visit a US port in Guam for the first time in 30 years, in what NZ Foreign Affairs Minister Murray McCully says is a further sign of thawing ties, according to the Courier Mail. The frigate Te Mana will dock at a US navy facility and take part in joint activities. This follows a visit to New Zealand by former US Secretary of Defence Leon Panetta last year, where he announced NZ navy ships will be authorised to visit Defence Department and Coastguard facilities in the US and around the world on a case-by-case basis, the Courier Mail says. Mr McCully was quoted in the Courier Mail as saying say the Guam visit is significant, as ties between the two countries continue to improve, more than 20 years after New Zealand was suspended from the ANZUS alliance over its nuclear-free stance. ‘I think it underlines what I call the new normal in the relationship with the US,” Mr McCully told TVNZ’s Q+A programme, according to the Courier Mail. ‘We have managed to, I think, get into a place where the relationship is out of political contention.’ He added, the Mail said, that New Zealand wouldn’t be budging on its anti-nuclear policy. “As far as the US is concerned, we’ve made it clear that it’s not something we’re prepared to negotiate on.’ Mr McCully says it’s up to the US if it wants to accept Prime Minister John Key’s offer to send a US Coastguard vessel to New Zealand – as long as it’s not nuclear-powered, noted the Courier Mail.  However, Mr McCully suggested that might be a distraction to the two countries’ focus on wrapping up negotiations over the 12-member Trans-Pacific Partnership trade deal.