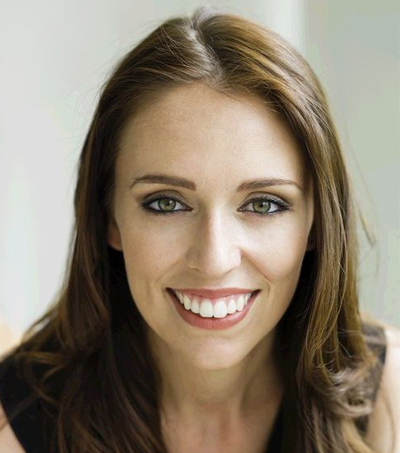 “A minor party holding the balance of power in New Zealand threw its support behind 37-year-old Jacinda Ardern’s bid to become prime minister on Thursday, ending the center-right National Party’s nine-year grip on power,” writes Charlotte Graham in an article in The New York Times. “Ardern will take over from Prime Minister Bill English, reversing Labour’s long-flagging fortunes and giving the country its youngest leader in more than 150 years.”

“Unconventional and described by colleagues as intensely focused, Ardern has defied the norms of New Zealand politics and refused to be pinned down on whether she has considered having children, saying no male politician would be forced to answer that question,” reports the article.

“The announcement that a coalition had been formed came after a tumultuous campaign in which the National Party won 56 seats — more than any other party — but failed to capture the 61 needed for a parliamentary majority to govern in New Zealand’s political system.” The center-left “Labour Party won 46 seats, and its left-leaning allies the Greens won eight, giving the left bloc a total of 54.”

“The close result set off a scramble between the two groups to win the favor of New Zealand First, a populist party that won nine seats — enough to put either National, or the Greens and Labour, over the line in forming a government,” writes Graham.

“In the kingmaker position was New Zealand First’s leader, Winston Peters, an eccentric veteran politician who has long campaigned on cuts to immigration, curtailing foreign ownership of New Zealand land, and securing pensions and other benefits for retirees, who make up a large percentage of the party’s base of support.”

“Ardern took control of the Labour Party in July after its leader, Andrew Little, quit amid dismal poll numbers. She enjoyed a wave of attention for her charisma and for her youth.” She “emphasized issues including child poverty, environmental management and housing affordability.”

“Before Ms. Ardern captured Labour’s leadership, the party had cycled through five leaders since the last Labour Prime Minister, Helen Clark, lost the 2008 election. None of those leaders managed to cut into National’s popularity — which was buoyed by New Zealand’s strong economy — but Ms. Ardern’s call for change and youthful energy invigorated her party, winning it new supporters,” reports the article.

“After discussing its role in the new government, the Green Party said it would not be a formal part of the Labour-New Zealand First coalition but would lend its votes to help the government pass laws. Some of its lawmakers will become government ministers.”