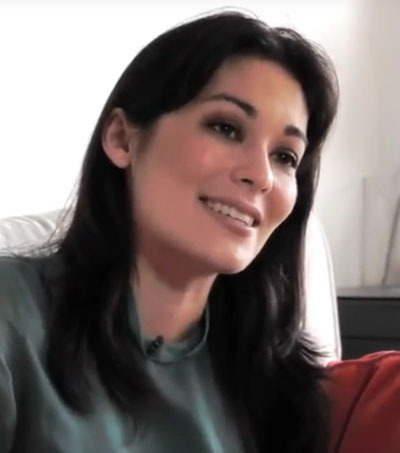 “It’s often said that the inspiration for starting a business can come from anywhere. For Stephanie Chai it was a dare,” writes Sarah Porter for the BBC. The NZ-born model and former TV personality had no experience of running her own company when she decided to “actually pursue her dream and build” the Asia-based luxury travel website” The Luxe Nomad.

“It took me five minutes to decide to do it,” said Chai, who at the time was living in Kuala Lumpur, Malaysia. She realised that “there was a gap in the market for a travel firm that took the flash sales and last-minute deals popular in the mainstream marketplace, and applied them solely to the luxury sector,” writes Porter.

Today her Singapore-based firm “is seeing annual revenues double despite the competitive nature of the travel market” and “Stephanie is regularly cited as one of Asia’s leading young female entrepreneurs.”

She launched her business in Singapore, because Singapore’s start-up investment community was more established. “I met five different investors [in Singapore]. I got two offers, and I took one,” she said.

“Backed by multi-million dollar investment, she is now preparing to launch a Mandarin-language version of the website early next year, ahead of entering the giant mainland China market,” reports the article.

When the site first launched, business was slow.  Then “Stephanie came up with a cunning plan to ensure sales took off:” She asked regional celebrities to do some promotional work and to travel to “some amazing places on the basis that they would review it for me, and post pictures of themselves on regional media.”

“[It was] a win-win situation – we didn’t pay anyone, the hotels were happy, and our celebs were happy,” she said. “It was one of the reasons we got ahead, and the reason we have 110,000 followers on Instagram today. We got a lot of press immediately because of the celebrity angle.”

Stephanie Chai was born in New Zealand and spent most of her childhood in the Malaysian state of Sarawak. “After school she returned to NZ where she did a degree in finance and international business at the University of Auckland.” Before launching the Luxe Nomad, she worked as a model followed by TV presenting work in Singapore and Malaysia.