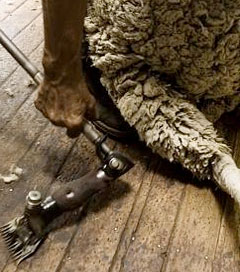 NZ is Beating Australia to the next Wool Bonanza

“As to why the New Zealanders beat Australia to a [wool] market that could – arguably should – have been ours, the story is complex, ranging from chutzpah to lost opportunities and marketing failures to crucial differences in the way the wool sectors of the two countries operate,” Australian Financial Review correspondent Jason Murphy writes.

“New Zealand’s marketing efforts for its T-shirt knit merino are a textbook lesson in how to do it. By way of example, in 2010 an umbrella company called New Zealand Merino took a select group of industry players to Silicon Valley. The aim was to showcase the innovation behind its products in a place where creative thinking and risk-taking are the norm.

“As one employee stalked Apple founder Steve Jobs in a bid to convince him to try a merino version of his famous black turtleneck, New Zealand Merino was sprucing up a rented space in a retail area in Palo Alto, the suburb that hosts Google and Facebook. It kitted the space out with New Zealand food, decorations and traditional Maori dancers, and hosted a barefoot ‘thinkering’ session for five of its best brand partners – Ibex, Icebreaker, John Smedley, Johnstons and Smartwool.

“Stanford University’s Professor Baba Shiv, an authority on emotional branding and marketing, was so impressed that he wrote about it. ‘To evoke people’s positive perceptions of New Zealand as a beautiful, natural environment, the team covered the floor of the reception area in real grass that led to a sand beach, and everyone was encouraged to leave their shoes at the door,’ Shiv wrote. The event was crucial in helping the New Zealand companies work out how to approach the US market and create an identity for their merino products.”