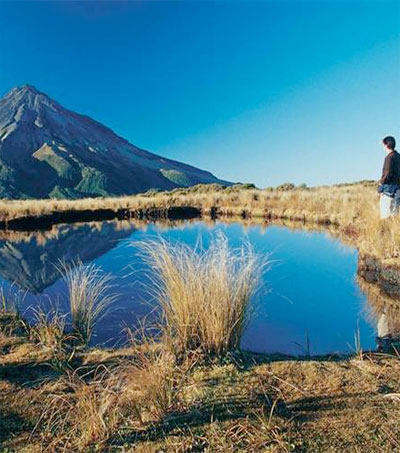 North Island a Land of Volcanoes and Vineyards

Over the coming six weeks, the world’s greatest cricketers will be zig-zagging across New Zealand. So for the cricket fan the Independent’s David Whitley suggests, that’s a fine excuse to disappear to the other side of the world to catch the clashes at non-insomniac hours.

“The two main islands have very different looks and personalities, with South Island’s mountains and fjords making it the most conventionally attractive. But North Island is much feistier, with bubbling hot pools, steam vents hissing out of the side of volcanoes, and surf-thrashed black-sand beaches. These are interspersed with idyllic rolling hills, and fields that are as likely to be full of lava as sheep.

“There’s more cultural energy too. While North Island is still sparsely populated by British standards, it crams in three-quarters of New Zealand’s population and it has the country’s most engaging cities. Napier is striking through its Art Deco uniformity and Auckland’s sprawl has a greedy collection of beauty spots sandwiched between two natural harbours. But Wellington is the pocket-sized star.

“The decline of New Zealand’s railways has been an unexpected boon for cyclists. Two disused branch lines have now been turned into biking routes; the easiest is the 82km Hauraki Rail Trail on the Coromandel Peninsula and Hauraki Plains. [While] the 85km Timber Trail through rural Waikato is more about unlogged forests, ancestral Maori lands and precarious bridges.

“New Zealand’s wine is hardly a secret, and of the regions stretching down North Island’s east coast, Hawke’s Bay, close to Napier, is the best all-rounder for grape varietals.”