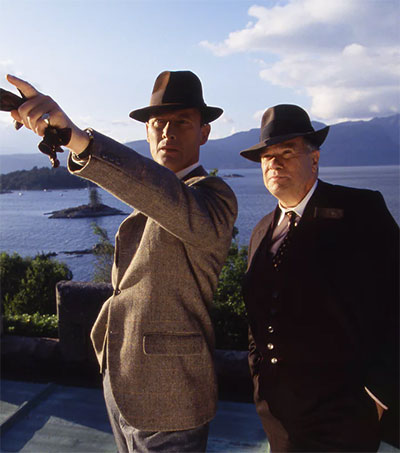 Dame Ngaio Marsh’s skilfully completed “continuation novel”, set in a New Zealand hospital, is an exquisite reminder of the brilliance of Marsh’s London detective Inspector Alleyn, Sophie Hannah writes in a review of the author’s posthumous novel Money in the Morgue, which Stella Duffy helped pen.

“Marsh wrote 32 novels featuring Alleyn, including A Man Lay Dead (1934), Surfeit of Lampreys (1941) and Death and the Dancing Footman (1942). These and other novels earned her a reputation as one of the four golden age crime queens, alongside Agatha Christie, Dorothy L Sayers and Margery Allingham. Although these writers are often lumped together, they were very different in their approaches. Christie put the puzzle and psychology first, whereas Marsh focused on weaving a mystery around carefully detailed and lovingly realised settings, and the intricacies of characters’ interpersonal dynamics,” Hannah writes.

“There are two species of continuation novel. Sayers’s sleuth, Lord Peter Wimsey, has been continued by Jill Paton Walsh in both kinds. Thrones, Dominations (1998) was Paton Walsh’s finished version of an uncompleted Sayers manuscript. Paton Walsh’s subsequent Wimsey novels, however, were entirely invented by her, though they still feature Sayers’s great detective in a starring role. Marsh and Duffy’s collaboration, Money in the Morgue, falls firmly into the first category – which is why it must be called ‘Marsh and Duffy’s’. Marsh, who died in 1982, wrote the first few chapters of this novel, and came up with the title; Duffy has created the rest of the plot and completed the story.

“New Zealand is exquisitely described, giving the book a powerful and at times almost sumptuous atmosphere. When the dead body appears, everything is perfectly set up. But Money in the Morgue is not a straightforward puzzle-based murder mystery. It’s also an espionage story and a historical adventure with an immersive second world war backdrop. Duffy treats us to all kinds of little insights into New Zealand life and its Maori heritage, and the mystery unfolds in typically Marshian style with a great many theatrical allusions. Roderick Alleyn is an impressive creation who feels more real than many fictional detectives, and his fans all over the world will, I’m sure, hope that there are more stories to come.”