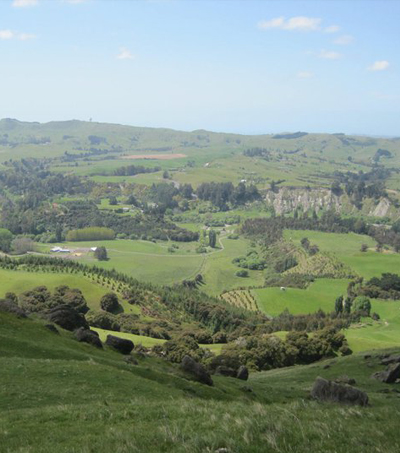 “Napier is home to restaurants that rival some of Europe’s finest and to robust reds and complex chardonnays that have put New Zealand on the world’s wine map,” writes Liza Weisstuch, who travelled through New Zealand to discover Hawke’s Bays foodie paradise for The Star- Telegram.

“Food has to be open and you have to be open and think about different lenses of interpretation for wine with food together,” said Ashley Jones, head chef of Elephant Hill Estate Winery.

“Different wines allow you to figure out what kind of depth you want to create. But at the core of good food is good company.”

According to Weisstuch, the head chef of Elephant Hill Estate Winery had a relaxed approach to creating dishes that suit the ultra-modern space such as smoked venison with beetroot, grilled leek, shitake, and juniper.

“Forward-thinking fare is served with a relaxed vibe throughout Napier. Mr. D’s, a sleek, modern eatery with an open kitchen and a cafe vibe, has a rock’n’roll attitude, not least because of the Rolling Stones posters that adorn the place”, writes Weisstuch about her next restaurant discovery Mr D’s.

On the following evening of her trip, Weisstuch went to Bistronomy – “a contemplative yin to Mr. D’s deliciously boisterous yang.”

“Upon leaving Napier the next day and flying over the picturesque landscape, I realized what makes New Zealand so enchanting: against the backdrop of scenery that looks unchanged since Neolithic times, the cities have a fresh new-world feel to them”.

Following an earthquake in February 1931 Napier was almost entirely rebuilt in the then-modern art deco style with a heavy Maori influence in the buildings’ decorative motifs.