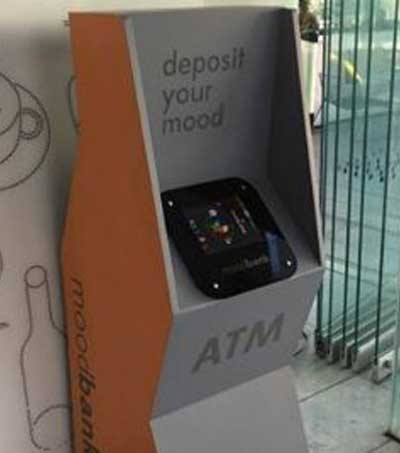 A cash machine-like terminal that asks people about their feelings instead of dispensing money has been installed in New Zealand city Whangarei as part of an art project called Moodbank, as reported in an article on the BBC.

The Moodbank, created by artist Vanessa Crowe previously was placed in a former bank in Wellington and also has spent some time in Auckland. Local initiative Together Tahi, which is focused on community engagement, brought it to Whangarei.

The machine has a touch screen “that allows passers-by to select from more than 1,000 options and combine them to describe their current state of mind.” The saved moods are stored to give an update on the city’s emotional condition.

“We’ll be able to spatially map the moods of Whangarei. The more it moves, the more we get a sense of what’s happening,” said Ash Holwell the group’s spokesman.

According to him, the aim of the project is to focus on people’s well-being rather than money and economic growth.