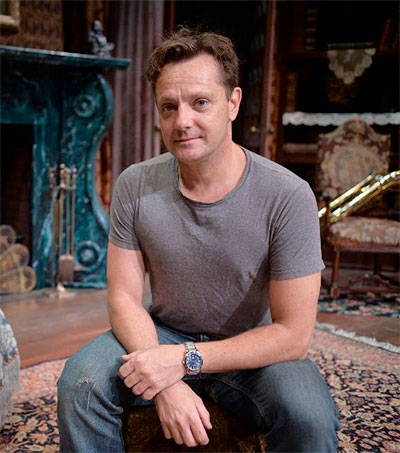 New Zealand actor Stephen Cartmell, once the face of Wattie’s Baked Beans, steps up onto the boards in Minneapolis at the city’s Jungle Theatre, performing in satire The Mystery of Irma Vep.

Cartmell had his first Twin Cities acting job with theatre company Troupe America and then he fell in with the comedy company Brave New Workshop in 1994. The following year he joined Theatre de la Jeune Lune. After returning from his “Bean Man” phase, Cartmell worked at the Jungle in Two for the Seesaw and in Shipwrecked.

He is that energy – an actor in his mid-40s, working hard to support his family, bringing 20 years of acting experience to a play that depends on gaudy performance and some amazing stage tricks.

He is a serious actor who can be very funny on stage and who recognises the importance of chemistry and timing.

“One second can seem like an eternity,” Cartmell said of the entrances required during Irma Vep’s fast-change segments.

The Mystery of Irma Vep runs through 19 October.