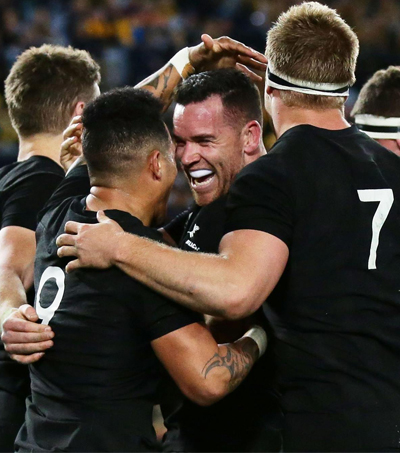 New Zealand “hammered” Australia 54-34 in their 2017 Investec Rugby Championship opener. According to the BBC, the All Blacks “were exceptional in the first half in Sydney and, with the help of three tries in seven minutes, stormed to a 40-6 lead at half-time.

“The [New Zealanders] led 54-6 at one point in the second half before late tries from the home side rescued some pride.

“‘It was pretty surreal that first half to be honest,’ New Zealand captain Kieran Read said. “We came here to play our game and it really came off. It was a pretty awesome first half.

“‘It came about by the doing the simple things. We carried really hard and exploited a few gaps out wide.'”

New Zealand’s next match against Australia is on 26 August at Forsyth Barr Stadium in Dunedin, ahead of Argentina on 9 September at Yarrow Stadium in New Plymouth.