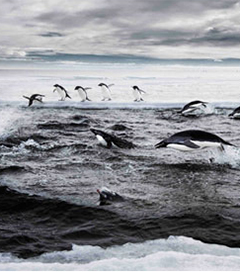 A New Zealand-led proposal for a marine protected area in the Ross Sea has been stymied due to the inability of the 26-member Comission for the Conservation of Antarctic Marine Living Resources (CCAMLR) to reach a consensus on the issue.  While the proposal was unopposed by the majority of members, talks were abandoned after the Russian delegation questioned the Commission’s authority to declare such reserves.

New Zealand Foreign Affairs Minister Murray McCully expressed “deep disappointment” over the result, but promised the set-back would not mark the end of the proposal. “While the outcome has eluded us on this occasion, this debate will not simply go away. International pressure for responsible leadership will intensify and New Zealand has every intention of playing its full part in ultimately achieving the right outcome,” McCully said.

Over the past few months New Zealand and other nations in favour of the proposalhad successfully persuaded China, Japan and South Korea to back the initiative, however as marine protected areas are only created upon consensus diplomatic efforts to allay Russia’s concerns must take place before the Commission next convenes in Australia this October.