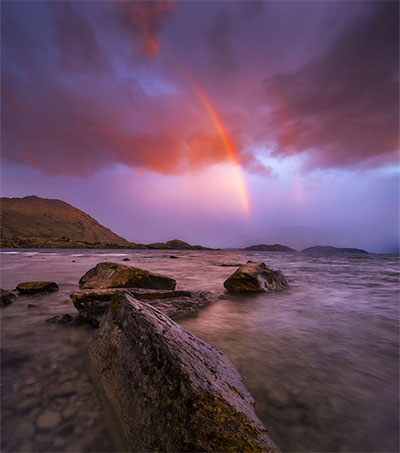 New Zealand’s striking and incredibly diverse landscape has helped it become the setting for many famed film series that include the Lord of the Rings and the Hobbit, Travel + Leisure magazine reports, and a new video shows you just how stunning its scenery can be.

San Francisco-based photographer Cory Marshall has spent the last year living in the country and traversing its top national parks, forests, and picturesque lakes to create a time-lapse video of some of its most eye-catching settings.

The video, titled Aotearoa, takes you through famed locations that include Lake Wanaka and the soaring peaks of Aoraki Mount Cook National Park.

He also spent time in the Catlins, known for its lush forests, rugged coastlines, tucked-away lakes, and cascading waterfalls.

“There is no better feeling than being out in the wilderness and witnessing an amazing sunset or sunrise with no one else around,” the photographer told Stuff about his time hiking and shooting in wilderness settings.

To capture these shots in all their glory, Marshall spent anywhere from 45 minutes to up to four hours in locations like Taranaki, using a total of some 300 photos to put together the footage, according to the publication.

Of all the locations he shot in, the Aoraki Mount Cook National Park was his favourite.

“The Cook Range is stunning with dramatic mountains, beautiful glacial lakes and amazing glaciers; you can get off the main trails and find truly unique vistas,” Marshall said of the scene.