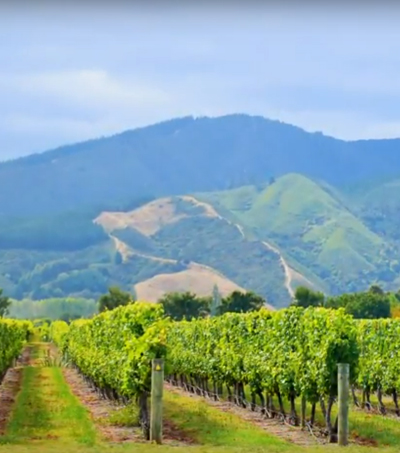 Why New Zealand Is Your Favourite Country

“It sounds like fake news: ‘There’s a guy near Christchurch, he’s exporting compressed New Zealand air to China. In a canister. With a mask.’ But when I check it out later, I find it’s true. If Coca-Cola is the American Dream in a can, this is the Kiwi version – the purity of a place that prides itself on having no snakes or scorpions,” writes Nigel Richardson in an article for The Telegraph.

New Zealand has been voted favourite country by Telegraph readers for four years. Standing on a yacht in Marlborough Sounds Richardson feels like he “already got the measure of the place, sensed the pull of it – what the Maori call ‘whenua’, which means land, or home”.

“It’s wrapped up in the natural beauty, the immediate mateyness (an English accent bestows honorary Kiwi status), the sense of freshness that lies in a knowable beginning.”

“The Maori were Polynesian navigators who arrived in their waka as recently as the late 13th century; Cook first made landfall in 1769. Rats, rabbits and the reviled possum arrived later – as did two manifestations of home-grown genius: the All Blacks rugby union side, surely the greatest sporting outfit the world has known, and exceptional wine,” reports Richardson.

Richardson also “visits the Marlborough wine region, whose 60,000 acres of vineyards spread like steam-pressed corduroy across a perfectly flat plain flanked to north and south by mist-snagged hills.”

“Three-quarters of Kiwi wine is produced here – and the excellent and improving viniculture is very much part of the burgeoning reputation of New Zealand as a sort of earthly paradise that is unique in the Western world (let’s drink to no snakes or car thieves, and no security checks on domestic flights),” he writes.

On the flight south to Queenstown, Richardson overflies “landscapes that are reeling in the billionaires”. Below him “are the snow-dusted peaks of the Southern Alps and astonishing teal-blue lakes such as Tekapo and Pukaki.”