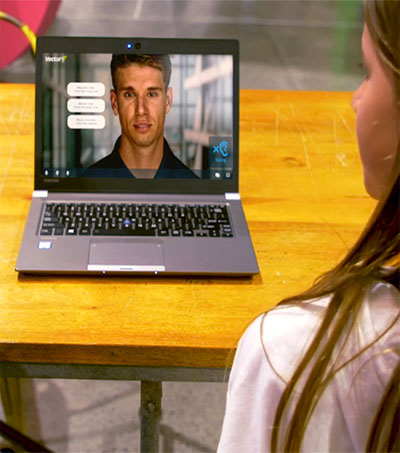 Primary school students in New Zealand will soon be the first in the world to learn from an artificially intelligent (AI) digital avatar.

Auckland energy company Vector teamed up with AI company Soul Machines to create the avatar, which goes by the name Will. The AI is now part of Vector’s Be Sustainable with Energy programme, which it offers free-of-charge to schools to which it provides electricity.

Will’s there to teach children about energy use. Students interact with Will – essentially just a face on a screen – via their desktop, tablet, or mobile device. He teaches them about different forms of renewable energy, such as solar and wind. Will can then ask the students questions about what they’ve learned to ensure the lessons stick.

“What was fascinating to me was the reaction of the children to Will. The way they look at the world is so creative and different, and Will really captured their attention,” Ravishankar said.

“Using a digital human is a very compelling method to deliver new information to people, and I have a lot of hope in this technology as a means to deliver cost-effective, rich, educational experiences into the future.”

Ravishankar isn’t the only person who thinks robots – in the form of AI software programs like Will, or actual humanoid machines – will soon play a major role in education.

Even if human teachers get to keep their jobs, working in tandem with robots could solve many of the problems currently facing the world’s education system.