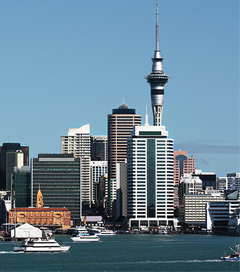 25 November 2013 – Auckland is the only New Zealand city, and the first of four cities from Australia and New Zealand, to make Fast Company’s list of ‘The 10 Smartest Asia/Pacific Cities’.

To decide the ranking, Fast Company analysis various data sources. The short blurb about Auckland pointed out that Auckland has relatively low income inequality, while having high quality of life rankings, and is home to two thirds of the country’s top 200 companies. And though not mentioned, Auckland frequently makes it into the world’s top places to live lists.

The publication also offered some criticism for the city and offered insight into what the city needs to do next.

“Australia and New Zealand offer a very high quality of life as measured by most criteria. Yet these cities in general provide poor access to quality, efficient, and green public transit and are often more sprawled than many North American cities. Australian and New Zealand cities will need to grow up more than out, and invest more in multi-modal transit options for their citizens as they continue on the smart cities journey.”