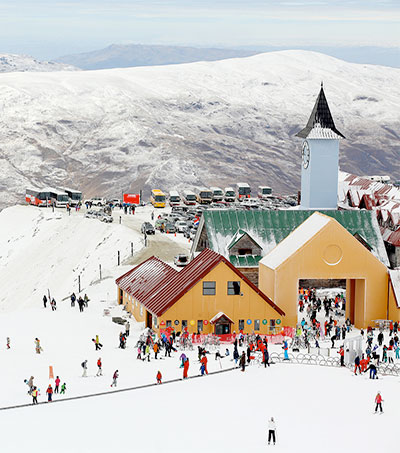 “It had taken me three flights, two days and a white-knuckle drive up spiraling switchbacks in swirling snow to arrive at this barstool near the shore of Lake Wanaka at the foot of the Southern Alps,” New York Times sports reporter and author Joe Drape writes. “Business had brought me here on such short notice that I barely had had time to buy a ski jacket – a weird experience in August while wearing shorts and flip-flops – let alone do any real prep work for my journey to New Zealand.

“Now I was in hiking boots and layered in fleeces far from home with a steaming bowl of fish chowder in front of me. It was noon and time to breathe deep and figure out how I was going to maximise my experience in a country that I had never given much thought.

“In fact, I was here to write about how elite athletes have descended on New Zealand each August for decades, transforming its South Island into a sort of extreme summer camp.

“No one will ever mistake me for Bear Grylls, and I know that the Wild is going to beat this Man every time. Still, in a couple of days I managed to discover my inner extreme athlete, contemplate magnificent nature, catch a flick in a charming art house, gorge on steak and fish and even bet a horse race or two.

“… I didn’t exactly go death-defying Kiwi, but I managed to get on my edges and hurtle down steeper runs than I had in the previous decade. In fact, by being out of my comfort zone at a winter wonderland on the other side of the world in the dead of August, I rediscovered the joy of the slopes.

“Like Lake Tahoe with its bounty of outdoor attractions, this is a year-round tourist destination mostly for Kiwis and Australians – though the number of European travellers looking to hit the slopes in the Northern Hemisphere’s summer months is growing. Many of them stay, too, which means your bartenders and waitresses are snowboarders and hikers and love their home and are enthusiastic ambassadors for Wanaka’s many pleasures.”