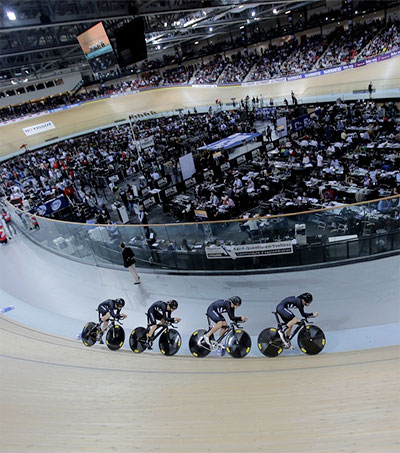 It was redemption for the New Zealand team after its relegation to silver in the men’s team sprint final against France earlier in the competition, when officials ruled its first relay had been a fraction of a second too early.

In a Cycling News story about the win, the source wrote that a new 250-metre indoor velodrome in Cambridge, opened at the beginning of 2014, has helped the squad make significant gains across their sprint and endurance programmes, propelling them from regular podium finishers to world champions.

“If you’re a New Zealand athlete you have to be based in Cambridge,” Bulling explained. “That’s where High Performance Sport New Zealand is now. Our track time has doubled, tripled even. We live together, we train there as a group, we do everything together and it’s brought us so much closer. It has made us very smooth on the track – you can see the way we’re riding now, it’s amazing the difference it has made in a year.”