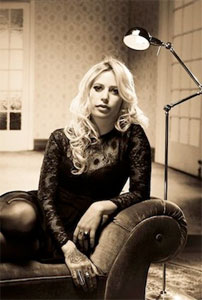 Gin Wigmore featured on MTV Australia’s ‘Local Produce’ June special. Wigmore talked to MTV about how she got her start, her plans for the year ahead and her latest album inspiration. “Gravel & Wine is quite a different record from [debut] Holy Smoke, it’s a lot more heavy, it’s got a confidence to it, it’s got a swagger,” Wigmore said. “I’d say Gravel & Wine is a confident record and it knows what it wants. It’s got a sexiness to it, it lures you in. In the next year I plan on playing shows in Europe, I hope. Playing back in the States, and back in Australia and New Zealand.”