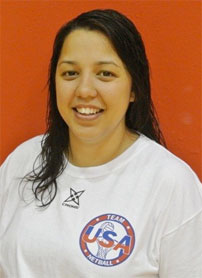 Netball Days Continue in US

New Zealander Shallyn Reeves captained the first American national netball team at the World University Netball Championships in South Africa this month. When Reeves finished high school in New Zealand and decided to continue her education in the United States, she thought her netball days were over. Little did she know moving to Utah, a state that barely knew of netball’s existence, would land her the position. “You never think you’re going to come to a foreign country and represent them in a sport,” Reeves said. “I was just happy to be playing netball again.”