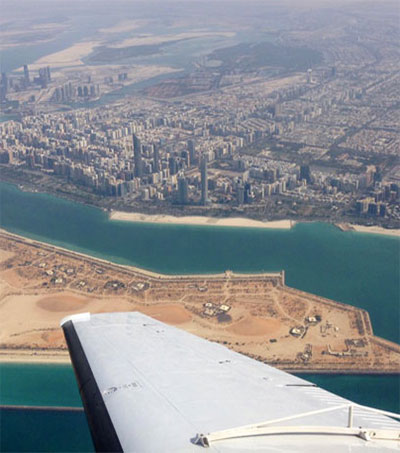 At a remote airstrip outside Abu Dhabi, New Zealand-born pilot Mike Anstis is setting off to do something most would consider impossible in a desert. He’s hoping to make it rain. Anstis is cloud seeding.

Anstis, who has lived in the UAE for eight years, works for the National Center of Meteorology & Seismology (NCMS).

He cloud seeds by firing salt compounds into the air to increase rainfall. “On the wings of the aircraft, we’ve got flares, which when we fire the flares, they burn, and it emit smoke,” Anstis said. That smoke then attracts water vapour, creating bigger droplets.

The flares are only effective if launched from inside certain thick clouds. If you don’t like turbulence, well, the flight is definitely not for you because when you’re cloud seeding, pilots like Anstis, they don’t avoid storms, they head right to the heart of them.

On the ground, scientists at the country’s meteorology centre track the flight. They started cloud seeding 15 years ago to help sustain a growing population in the UAE, one of the world’s top consumers of water.

Last year, they flew more than 150 flights. Each costs around $5000, but they say it’s cheaper and greener than operating desalination plants, UAE’s main source of fresh water.