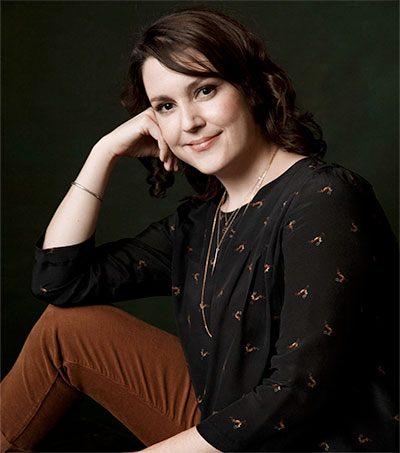 Melanie Lynskey the Voice of an Irascible Cartoon Bluebird

New Zealand-born actress Melanie Lynskey, who starred alongside Charlie Sheen in television comedy Two and a Half Men, is the voice of bluebird Beatrice in the “beautiful” Cartoon Network 10-part miniseries Over the Garden Wall.

“The first thing to say about Patrick McHale’s Over the Garden Wall, after noting that it is beautiful to behold and worth the while of anyone interested in contemporary animation, is that it has been made in a two-dimensional, hand-drawn, hand-painted style virtually extinct in American cartoon features,” Los Angeles Times correspondent Robert Lloyd writes in a review of the series.

“They meet a talking bluebird named Beatrice, who is both helpful and impatient. (‘Bluebirds have a short life span – you two are literally killing me every moment I’m forced to spend with you.’) Together they move from station to enchanted station, from scrape to scrape, misfit to monster, on what will hopefully be the way home.”

The Guardian’s Brian Moylan said Lynskey’s character Beatrice is the one you will love; she “is just bitchy enough to appeal to adults.”

Lynskey, 37, next appears alongside Mark Duplass in HBO television comedy Togetherness, which will premiere on 11 January 2015.