NZEDGE  >  News  >  Arts  >  Melanie Lynskey Acts the Only Way She Can: Honestly 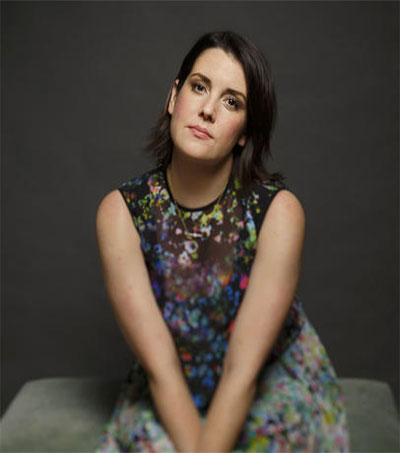 Melanie Lynskey Acts the Only Way She Can: Honestly

Lynskey’s expressions are somehow familiar, a visage seen in her countless television and film roles where she often plays a confidant trustworthy enough for all your deepest secrets.

At 16 Lynskey played faithful friend Pauline with her break-through role in Heavenly Creatures, and now at 38, is just as adept as the dissatisfied wife and mother on Togetherness.

Togetherness, which returns for its second season this month, features Lynskey as Michelle Pierson, a woman who struggles to reignite her passion for life through building a charter school, all while navigating the difficulties of marriage and family. She’s a key player in the series which deals with the messier aspects of a stagnating marriage and the frustrations of trying to find love and comfort as you age.

Lynskey starred in Two and a Half Men and Up in the Air before trying out for the part in Togetherness in 2013. She said after the audition she went to her car and prayed, “If I’ve ever done anything right in this life, please let me have this job.”

Lynskey’s recent projects include a lead role in her best friend Clea DuVall’s feature film and directorial debut, The Intervention.

The film centres around four couples on a weekend getaway. Lynskey’s performance in the film garnered a special jury prize at Sundance where the film screened in January.

DuVall occasionally made suggestions while filming about how Lynskey should play a scene. The said she even if she disagreed with the idea, she’s at least try to follow the filmmakers advice. “When she was editing, Clea told me, ‘You cannot lie,’” Lynskey said. “You’re trying to do what I’ve asked and I feel you trying, but you look uncomfortable. It’s crazy.’”

It’s a concept that gets echoed when Lynskey is choosing projects to pursue as well. “Sometimes I read something so good and I know it’s so good but I can’t find a way into it,” she said. “I don’t know how to do that without being a liar.”