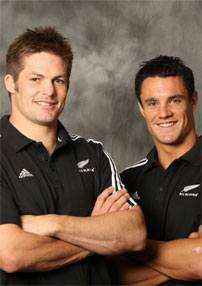 “For once, the phrase ‘Four more years’ will be music to the ears of New Zealand rugby fans,” Emma Stoney writes for The New York Times. “Those three little words brought relief and joy in equal measure as superstar fly-half Daniel Carter and then the All Blacks’ inspirational captain, Richie McCaw, pledged their futures to New Zealand rugby by signing new four-year deals. Their decisions to stay have provided a huge lift for rugby in New Zealand as it continues to deal with the steady stream of players heading to Europe and Japan. Carter and McCaw both get a sabbatical option in their deals — not a regular feature in New Zealand rugby player contracts — that will give them either an extended break or allow them to take up a short-term contract overseas without jeopardizing their involvement with the All Blacks.”