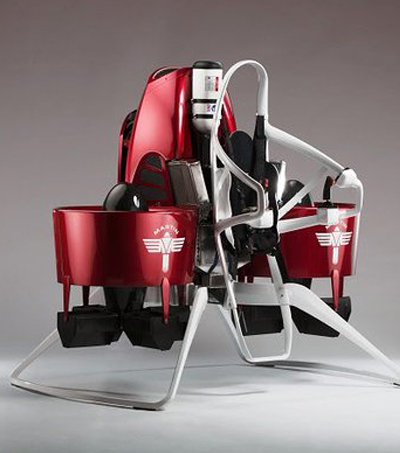 Australia-listed Martin Jetpack will begin manufacturing its P-14 aircraft next month, as reported in an article in The Financial Times.

“We are at the start of the journey,” said Peter Coker, Martin Jetpack’s chief executive.

“We will begin deliveries to customers by the end of the year.”

Both the P-14 and the P-15 models will incorporate a more powerful rotary engine. Each aircraft contains a ballistic parachute as a safety feature.

Avwatch, a Dubai Civil Defence and a US company “have signed memorandums of understanding with Martin Jetpack, which it hopes to translate into orders. The plan is to deploy the jetpacks for use with emergency services such as fire, police and border security,” according to the Financial Times.

“Why use a jetpack? Firstly we don’t have rotors, which means we can get into confined spaces, be it the top of buildings or between buildings. It is very easy to fly and very safe. It is also a lot more fun and cheaper than flying a helicopter,” said Coker.

Martin Jetpack has grown rapidly since Coker was appointed in 2013. The expansion is being supported by Kuang-Chi Science, a Hong Kong-listed company, which invested in the company in February 2015 and February 2016.

“Martin Jetpack and Kuang-Chi are forming a joint venture to sell jetpacks in China and plan to establish a factory on the mainland that will produce 1,000 jetpacks a year.”