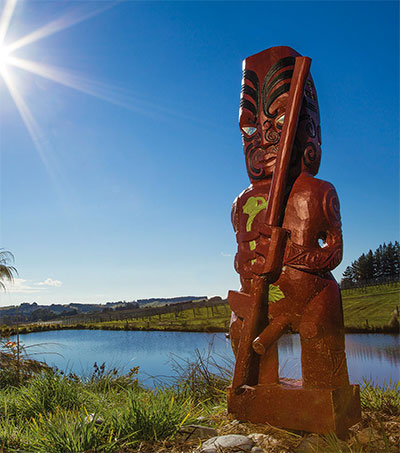 Māori Business Revaluing the Past

Instead of a wasteful “take, make and throw” approach, companies should copy indigenous principles and aim for a “circular” way of work that recycles and re-uses, said participants at a summit devoted to the circular economy.

“We’re a Māori organisation so while there’s a very strong commercial and business arm to what we do, there’s also a cultural, charitable and community focus,” CEO of Wakatū Incorporation Kerensa Johnston said.

Nelson-based Wakatū has about 4000 shareholders who mostly descend from the region’s original Māori land owners.

Johnston said the firm followed the traditional tenets shared by many indigenous people, whose way of life is under threat globally as the governments and corporations seek to develop the land and resources that sustain their native communities.

“We understand that our relationship to the land is inherent in the health and well-being of our people,” she said.

The multi-million dollar enterprise has businesses that range from farming to food and drink and operates with a 500-year, inter-generational business plan, Johnston said.

Protecting land and promoting sustainable development were built into indigenous culture yet were often lost in modern firms, said Joe Iles of the Ellen MacArthur Foundation, a British charity that promotes the circular economy and hosted the two-day meeting.

“The Māori worldview places a great emphasis on the interconnectedness of everything,” Iles said. It’s serious technical knowledge. It’s not based purely on altruism or fables or myths.”

For Chris Kutarna, an academic at Britain’s Oxford University, indigenous principles with appeal to consumers could easily be woven into modern business, be it in a more sustainable use of raw materials to better product packaging.

“The big cognitive shift that we need to make is from discounting the past to revaluing the past. Knowledge is a collectible too,” Kutarna said.