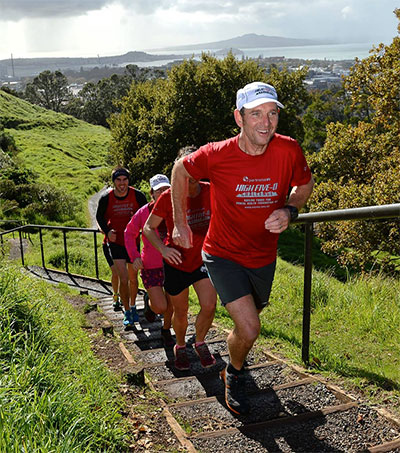 For a lot of runners, hill workouts are tough enough and with regards to a single run, the marathon distance is where it stops. Those who crave to go farther often make their way to the trail and ultra world where no course is too tough and mileage doesn’t really have a cap.

Law is an example of that type of runner, Canadian Running Magazine reports. For over 20 years, the New Zealander has taken to the trails for his chosen form of exercise. But last year, from 7 February to 28 March, he decided to take on a challenge by running up 50 peaks in his country for a total of 1600km averaging about 32km per day, on some days running longer than marathon distance. During the challenge, he gained 275,000 feet of elevation.

Anyone who attempts taking on this sort of mileage and elevation, better have good reason to do so. Law’s reason is a personal one. He took to mountain running to raise money for the Mental Health Foundation of New Zealand after finding that his brother-in-law, Max, had committed suicide. By running, Law hopes to raise money for those suffering from mental health illnesses as Max had.

Law documented the feat with his crew following him in RVs as he finished day by day in a film titled Fifty: The Movie.