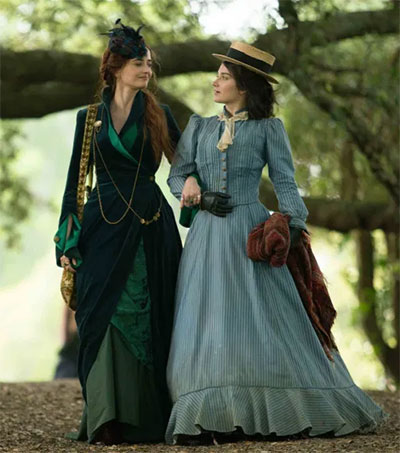 Variety talked to Catton, 34, in the build-up to UK Screenings in early February.

Starring Eve Hewson (Robin Hood, The Knick, Bridge Of Spies), Eva Green (Casino Royale, Penny Dreadful, Sin City,) and Himesh Patel (The Aeronauts, EastEnders), the six-part series adapts the novel of the same title, which made its then 27-year-old author, Catton, the youngest ever winner of the Man Booker Price.

An 800-page doorstopper adventure set during the 1860s’ gold rush on New Zealand’s wild West Coast, the book played with Victorian novel conventions in a mix of romance, crime and melodrama which Catton termed a celebration of the joy of reading.

The Luminaries is unique, a story of love, murder and revenge following one woman’s journey into the unknown at the end of the world of her time, shot on impactful locations, based on a wonderful book and, with amazing visuals and cast,” Fremantle International CEO Jens Richter told Variety.

“It’s said that you insisted on the series being shot on the West Coast of New Zealand. Why was that?” Variety’s chief international correspondent John Hopewell asked Catton.

“New Zealand’s flora and fauna are unique, and the country’s latitude makes for a very particular quality of light,” Catton replied. “I think that if we’d shot the show anywhere else in the world the differences would have been palpable – it just wouldn’t have felt quite right. The much bigger reason, though, is that the West Coast is not just rich in gold; it is also the source of pounamu, or greenstone, which is central to Māori life both as a treasure and as a tool. Pounamu plays such an important part in the story of The Luminaries that it would have been disrespectful to shoot the show offshore.”