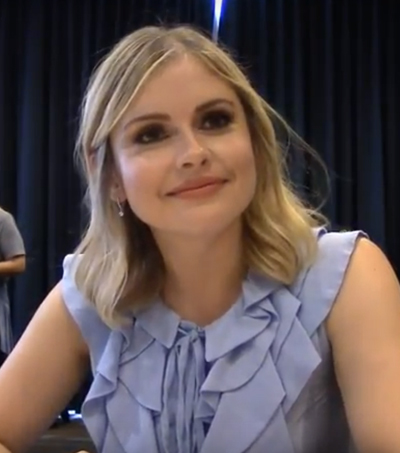 The Life Of A Zombie: Rose McIver Says It’s Great

“It happens so quickly, you don’t get much prep time. I wish I had that leisure. Usually, I email strangers after I hear what I’m going to be doing,” she said.

McIver is one of a growing number of New Zealand performers working in American television shows. She got her break in Peter Jackson’s adaptation of The Lovely Bones.

“Mastering an American accent was key, said McIver”. “If you can do that, it’s fair game. You’ve done the training and done the hard work and you have what it takes.”

“The reason I love my job so much is I get to play the variety and do a little of everything,” she said. “But I’m genuinely terrified knowing what brains I might not have a clue how to perform.”

Before “iZombie” began, writers gave McIver a list of “brains” they were interesting in picking and she was told she was allowed to veto one. She chose the “cat lady” brain because she’s a dog person.

“The trick, she says, is to make people care about her character, no matter what transformation she’s going through,” as reported in the articles.

The show, which has been renewed for a fourth season, “has prompted fans to wonder what those television brains taste like.”

“The brains are made out of gelatin – like coconut agar gelatin. They’re disgusting. They’re drowned in corn syrup and whatever kind of makes it look good at the time. They’ve gone above and beyond to try to make them delicious,” she said.

“They’re not great but, come on. I get to play a zombie and get through this great show. It’s like, ‘What a self-indulgent problem.’”