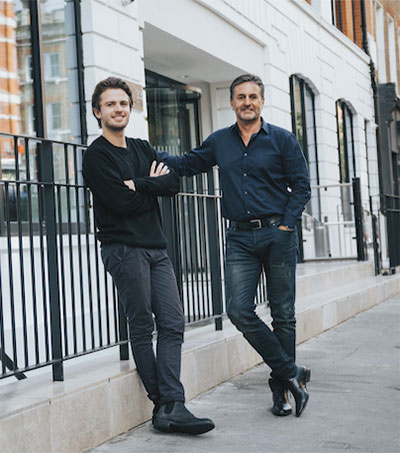 New Zealander Gary Rohloff had a great life working in corporate before he co-founded Laybuy, a retail payments platform he started with his son Alex. So why ‘go it alone’? The UK’s Real Business site talks to Rohloff senior about global expansion, and what it’s like running a business with family.

Rohloff is the co-founder of Laybuy, a New Zealand-born ‘buy now, pay later’ service that he started with his son, 21-year-old Alex, just two years ago.

Already a seasoned, and successful entrepreneur, prior to co-founding Laybuy, Rohloff senior was the CEO of one of New Zealand’s largest footwear retailers, for seven years.

Laybuy is the realisation of the pair’s goal to enable consumers to buy aspirational items in payment plans that suit them.

As a result, Laybuy has become the biggest company of its kind in New Zealand. However, father and son were not satisfied with forging success on home soil.

They felt ready to scale the company to great new heights, and central to this is launching Laybuy across Europe and the UK. The pair are so serious about upscaling the business on the other side of the globe that they’ve relocated to London full time.

Over the past 18 months since its launch, some 5 per cent of New Zealand’s voting population (200,000 people) has signed up to Laybuy, with the company forging partnerships with some 2750 online and physical stores.

“The initial idea for Laybuy was born in the early 2000s when I was running a company called EziBuy,” Gary Rohloff says.

“At the time we were looking for a way to improve our average order value as we noticed that whatever we tried to do, our customers’ discretionary income was finite and we couldn’t increase our basket size.”

He had the vision to see the potential in offering customers more purchase-based flexibility. This is when he made the brave step to leave the comfort of a high-status role, and build a business from the ground up where could increase people’s buying power.

Gaining the input of his son, as both a close confidant and a millennial consumer was a big inspiration, and Laybuy was born as a result of this exchange.