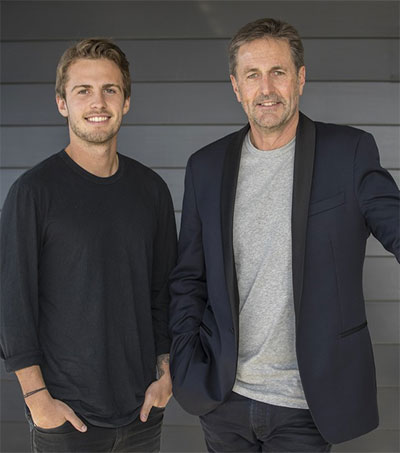 Laybuy, which was co-founded by Gary Rohloff and his son Alex, is a New Zealand company that’s trying to bring a new payment model to the UK.

It’s based on a model known as “layby”, where customers reserve a shop item, then pay for it in instalments and collect it once it’s paid for.

Layby is common in New Zealand and Australia, and was briefly practised in the UK under the name “layaway”.

Laybuy has proven popular in the company’s home region since launching in May 2017 – it’s available in over 4500 stores across Australasia, and has a customer database of around 500,000 people. It launched in the UK last October, and currently has around 340 merchants on its platform there, including big brand names like Footasylum and Bailey Nelson.

“It’s a proven model now,” Gary Rohloff says. “We’ve got all the stats to show that this increases the average order value for the retailer, and increases conversion online. Consumers are now coming to our website to look for other retailers who offer Laybuy, so that they can buy from them.”

“Our data feeds back into the Experian database, so we’re helping young people get on the credit-scoring ladder without having to get a credit card, because they’re getting a positive affirmation when they are consistently responsible on Laybuy,” he explains. “That’s a good thing, because what we have discovered with all our research is that young people don’t like credit cards.”

And unlike credit cards, there’s no risk of a debt spiral with Laybuy. The service is interest-free, and if a customer misses a repayment, their account is frozen. They then have 24 hours to pay, or be charged a (relatively modest) late payment fee of just £6.

If the customer defaults, the account is eventually referred to a debt collection agency, and their credit score will be negatively impacted. But Rohloff is proud to say that Laybuy has a default rate of less than 1 per cent.