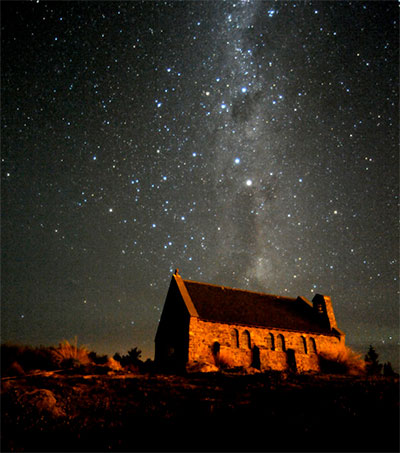 The clarity of the night sky in Aoraki Mackenzie Dark Sky Reserve has made Lake Tekapo the world’s second-best spot for stargazing after San Pedro de Atacama in Chile and the best in New Zealand.

The area was deemed so by hundreds of users of accommodation reservation website Booking.com who have endorsed the best spots for stargazing in both New Zealand and the world.

Kristian Wilson, the astronomy manager of Earth and Sky, which is the education centre linked to Mt John University Observatory and Cowan’s Observatory in Lake Tekapo, said Lake Tekapo was internationally recognised for its stargazing attributes and attracted tens of thousands of international visitors each year with many of its night tours running at the 250-person capacity.

Wilson said most of the areas in the Northern Hemisphere had too much light pollution which prevented good stargazing, whereas the Aoraki Mackenzie Dark Sky Reserve, of which Lake Tekapo was part, had used special shields and lightbulbs for 30 years to point the light downwards in order to preserve the night sky.

The advantage Chile had over New Zealand was that some areas had not seen rain for years so there were fewer or no clouds obstructing the view.